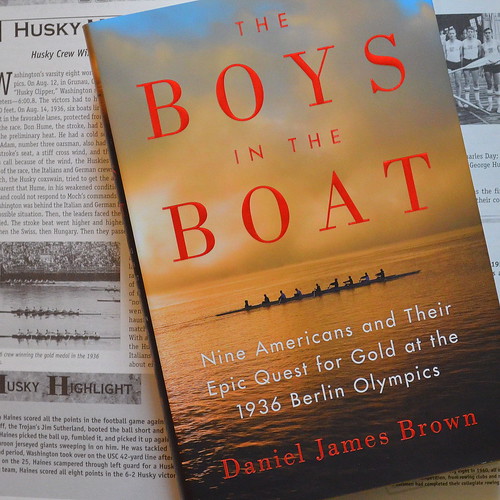 Today I finished the best book I’ve read in a long time: The Boys in the Boat by Daniel James Brown. Like the crew described in the book, it starts out slowly and unassuming, but picks up the pace in a remarkable way. I read the last 120 pages this afternoon. Yes, it’s about the University of Washington’s 1935-1936 eight-man crew, but there’s so much more to it than rowing. A group of working class boys from nowhere, try to get through the Depression, and follow a dour coach and a quietly poetic boat-builder on the waters of Lake Washington. They struggle quite a bit, each in their own ways, find a sort of mystical teamwork, “touch the divine” at one point, and maybe, just maybe, rattle Hitler at the Berlin Olympics. It’s inspirational and wonderfully well-written. One reviewer called it “Chariots of Fire with oars.” He’s right. And it’s expected to become a movie soon directed by Kenneth Branagh. But read it first. It’s that good.

Comments Off on Boys in the Boat (Daniel James Brown)